The whole congregation was thrilled on Sunday when eleven people were welcomed into membership at Christ Church.  Two of them were young adul 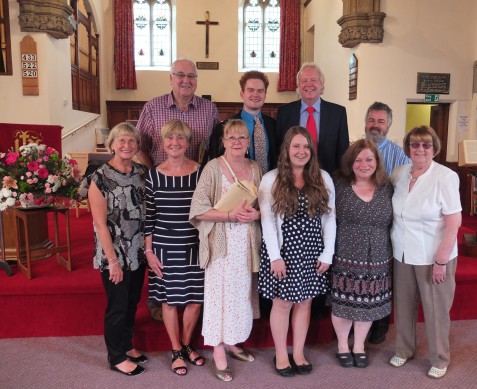 ts who have grown up in the church who were also confirmed.  Two had previously belonged to our former churches and the other seven were people who had joined in the fellowship of Christ Church in the last two or three years or so.

Family and friends joined them for a moving and joyful service.  They were welcomed by members of the Leadership Team and presented with a personal bible by the minister.

The picture shows nine of the new members:

This entry was posted in Uncategorized. Bookmark the permalink.