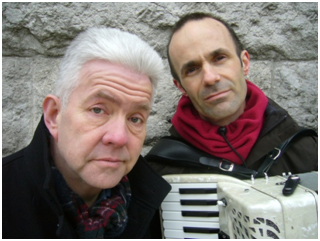 We have five memorials from three churches in our church at Christ Church, (two not yet re-located from their move from elsewhere) with 50 names from WW1 and WW2 of people who died in Stocksbridge and Deepcar from the three churches of West End Primitive Methodists, Stocksbridge Congregationalists and Wesley Methodist in Deepcar.

I’m new to this appointment and realised in November that most people now in church, especially the children, do not know who these people were, what they came from, where they lived, how they died and what families they belong to.   (A few, very few, are known to living survivors as family members.)

So I suggested a collaborative project between some of the young people and some of the adults, to do the following:

Research who each person was, their 1911 census image and family, where they lived, what they did, their Commonwealth War Graves records, their military records as posted online in various archives, any other biographical details, and there are some, and write a piece about who each person was;

Well, once the idea was suggested it has mushroomed.  The research project is underway with 6 young people and 8 adults.

I invited Ian MacMillan to write a poem and his agent came back within six hours really switched on, and said they could see this working on so many levels.  They were keen on my suggestion about involving Ian in schools.  We have tentatively suggested, and Ian’s team is working on the following elements:

Ian writes a poem specially for the project;

As you will know Ian is very good value and really connects with his earthy poetry.

Other components we have in mind are:

The school groups present their work music, art, writing, at an exhibition around the festival that day in Christ Church, and after that for a week or so in Stocksbridge Library;

As you can see this has lots of legs.

No decisions have been made about which school might want to do which bits.  I have spoken to Stocksbridge High school, Stocksbridge Junior School, and who are both keen.  I am asking Deepcar St Johns because they have a choir and there were many who died from Deepcar, not just Stocksbridge in these 50 names.  Ian’s agent and I have initially suggested that we might do the music day in school with a junior school and the cartoon and writing day in a high school.  But this is not fixed.   Though we do recognise that it has the potential to be the foundation for a longer project leading up to Nov 2014.

We have applied to the Arts Council for a grant to cover the costs of the artists and the costs of the special event.  We are not asking the schools for funds.  It is important to point out that this project will only be able to involve the schools if the Arts Council comes up with the funding.  The church is not able to pay the artists fees.   There may be some flexibility if we are only granted a portion of what we are seeking.   There may be another related project to re-locate the memorials and erect a glazed screen to make a new meeting place and peace chapel, but that is not part of this activity.

You can print this information off as an A4 document by clicking on the flyer below.